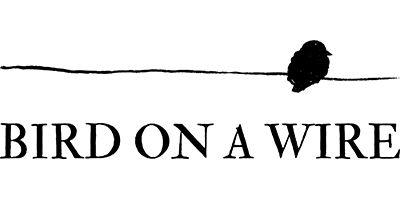 Bird on a Wire wines was established in 2008 following a number of years working as winemaker with Tom Carson at Yering Station, time in Hermitage with J.L Chave and vintages in McLaren Vale. Caroline has a deep connection to the Yarra Valley growing up on a farm in Yering (now the Yarra Valley Dairy Handmade Farmhouse Cheese) still owned and run by her family.

The 2008 Bird On A Wire Syrah, was awarded the 2009 “Under the Radar” prize, judged by winemaking peers for best up-and-coming new producer.

Since then Caroline has continued on to be awarded a 5 star rating in her first year in the James Halliday Wine Companion and also awarded, Best New Small Winery 2013.

The focus is directed towards the quality of these single vineyard sites, each selected for their suitability to a particular variety.  Small production volumes and the winemaking techniques employed aim to showcase these vineyards. The care, skill and commitment of the growers results in the production of outstanding fruit and are paramount factors in helping Bird On A Wire achieve the end result.

2014 Bird on a Wire Syrah;
“Spice, leather, liquorice and blackberry all take a bow at the first and subsequent curtain calls – and subsequent they are, for the wine progressively reveals more and more.”
95 Points
JAMES HALLIDAY WINE COMPANION