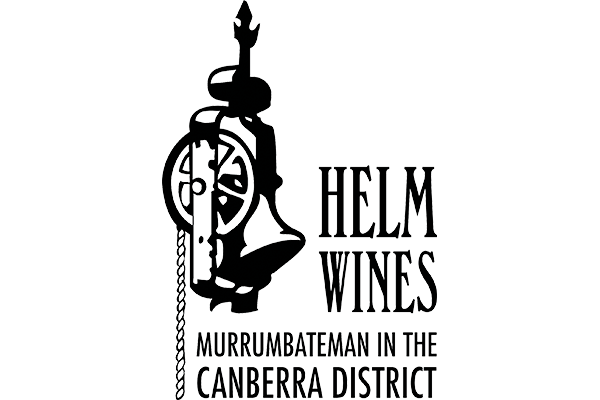 Helm Wines was established in 1973 and was one of the first commercial wineries
in the Canberra District Wine Region. Located just outside of Murrumbateman, approximately 30 km north of Canberra, the winery was given a 5 star rating in James Halliday’s Australian Wine Companion 2012.  Ken and Judith Helm started the vineyard, winery and cellar door and it continues to be a family affair with all of the family playing an integral part in the business. The wine makers are Ken and daughter Stephanie, who are fourth and fifth generation descendants of German vinedressers from the Rhineland, who established vineyards near Albury and Rutherglen in 1860s.

The 2016 releases represent Ken Helm’s 41st in a row, an extraordinary achievement and one from an irrepressible champions of Riesling and for the Canberra district. Over the years he has achieved many things, through dogged persistence on the one hand, vision on the other. Riesling has been an all- consuming interest for him, ultimately rewarded with rieslings of consistently high quality. He has also given much to the broader wine community, extending from the narrow focus of the Canberra District to the broad canvas of the international world of riesling: in ‘00 he established the Canberra International Riesling Challenge, retiring as Chairman in ‘16, but keeping an active eye on the Challenge.

2017 Helm Premium Riesling;
“This wine is made from a single vineyard, though could be from two plots on the estate, but only the best fruit source is chosen in best years. Only been made 11 times in the 40-odd years of Helm. Brilliant wine. Immediate impact of inward concentration of citrusy flavours, green cruncy apple juice, spice, mineral-like sparkle. It’s needle-like across the palate too – tight, bright, fine, slicing with its freshness. Pristine wine of quiet power and mouthwatering deliciousness. Benchmark stuff.”
96 Points.
JAMES HALLIDAY